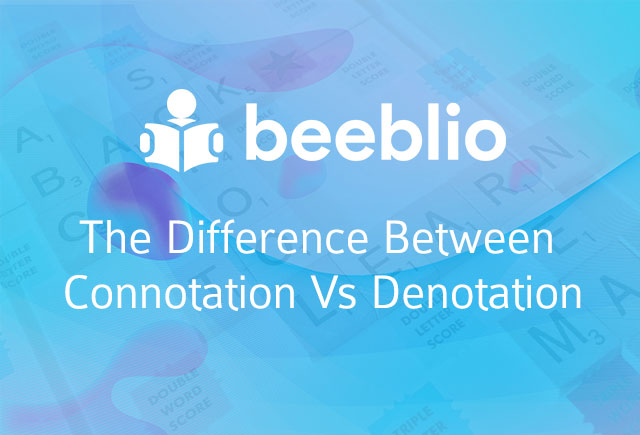 The difference between connotation vs denotation

It is not uncommon for people to use the word denotation where they mean connotation and the other way around. It is easy to mix these two terms up.

They are two ways to define a word. This is the reason people tend to mess them up, they both deal with the meaning of a word. We use denotation and connotation in our writing and speech. The words we speak have two meanings: connotation and denotation.

Interestingly, both words have the same Latin root word. The root is ‘notare’ which translates to English as ‘to note.’

Connotation and denotation sound alike but have different meanings.

Enough of the similarities, let’s look at their differences?

So, what are their differences?

If you want to gain mastery of the English Language, and not get confused with all its intricacies, it is a must to know how to properly differentiate between connotation denotation.

What is Connotation? It is the idea a word suggests in addition to the meaning of the word; the underlying meaning or the feeling a word invokes.

What is Denotation? It is the literal or direct meaning of a word.

There is a clear relationship between words, its connotative and denotative meanings, and the users.

Has someone ever said something to you and you are like ‘Dude, what are you saying?’ It is likely the person is using a connotation while you are interpreting the speech from the viewpoint of denotation.

‘Jim has a home in Alaska’ – From this sentence, the meaning is clear. Jim is telling us he has a physical building in Alaska he calls home. This is an example of denotation. We do not struggle with denotation, it’s the other that’s tricky.

‘He made my heart his home’ – This is an example of connotation. We have to dig deeper than the surface meaning to understand this sentence. The person is telling us how someone made his heart their home. It is impossible to build a physical structure in someone’s heart so that thought is canceled. The connotative meaning of home here is ‘He made me fall in love with him.’

Let’s look at another connotation vs denotation activity to test how well we are getting their differences.

‘Sarah forgot to take her baggage to the airport.’ – The baggage here is referring to a bag. This is the denotative meaning.

Using an anchor chart is an effective way to teach the difference between connotation and denotation.

This connotation vs denotation anchor chart explains everything. Knowing the basic difference between these two words will save you from misinterpreting what you read or hear.