WORD OF THE WEEK – TEMPESTUOUS 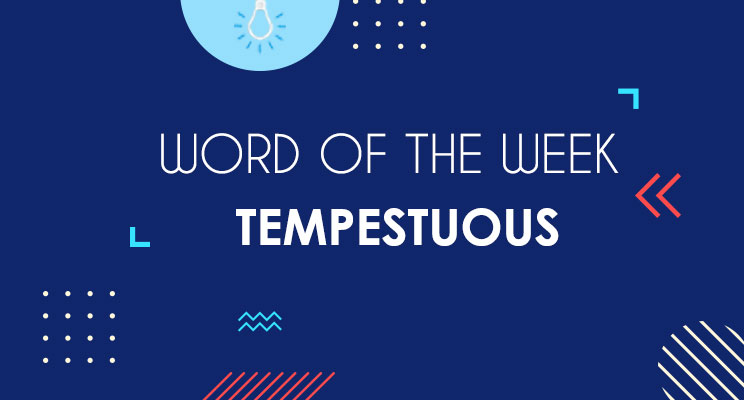 WORD OF THE WEEK – TEMPESTUOUS

Each week has a word for focus, and this week we’ll be focusing on the word ‘tempestous’. You can find other words of the week here.

Words that mean the opposite of Tempestuous include

Time is sometimes marked in seasons, and seasons are associated with the weather. This explains how “tempus,” the Latin word for “time” could have given rise to an English adjective for things turbulent and stormy. “Tempus” is the root behind Old Latin tempestus, meaning “season,” and Late Latin tempestuosus, the direct ancestor of “tempestuous.” As you might expect, “tempus” is also the root of the noun “tempest”; it probably played a role in the history of “temper” as well, but that connection isn’t definite.

First Known Use of ‘tempestuous’

15th century, in the meaning defined above

History and Etymology for tempestuous